Changing Habits With a Powerful Meme and Value Proposition 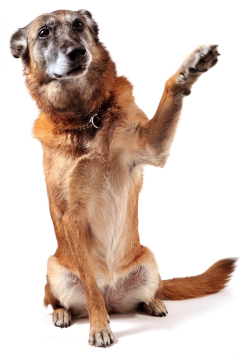 Okay, as a relatively new daddy (she’s 17 months old), and someone who recently repositioned myself off of Microsoft and onto Linux / Python / Google, my latest observation is that life is a process of forming, and revising, and replacing habits. The cliche is that we are creatures of habit, and that people resist change.

This post is mostly me thinking out-loud, as I weave these insights on habit into my next steps for the just-released 360iTiger tool… which mostly involves changing habits, because the value proposition of doing so is so great.

What I have to do now is codify and meme-ify the value prop for 360iTiger. Simple, easy to lob around messages (a.k.a. meme’s) backed up by social proof and evidence, kept up over a prolonged period of time can change habits. But you need to do even more than that these days. Because of all the competing noise these days, you need to build-in a clever way to amplify and self-propagate your message. It needs to be like a snowball rolling down the mountainside, becoming an avalanche. People have to WANT and NEED to spread the message, and be given the clear formula to do so.

Some excellent examples recently are, of course, Instagram and Pinterest. But so are YouSendIt.com, Join.me and Drobpox. They all solve an obvious need that the big players all failed to do. Why were they so blind? Why do small development teams have such an advantage over the big players? Why is value created out of nothingness, when to all appearances (to most rational minds) the opportunity did not exist—or was at least, invisible or impossible to act upon?

In light of the examples I gave above, 360iTiger seems exceedingly complex or appealing to an exceedingly limited audience. But none-the-less, it aligns perfectly to my career and helps me do a better job at work. Better still, it has been transformative of how I use spreadsheets, and what I have come to expect of them in their capacity to actually collect data directly, without having to do manual data entry. And I have to believe there is a powerful, wildfire meme in there somewhere, even if it is a tiny tribe I will be rallying.

Sooooo, anyway. We are about two weeks into the 360iTiger launch. It’s been covered by MediaPost and Search Engine Land Search Cap That’s a good start, but its only a start. And it clearly doesn’t have the self-fueling fire mechanism built-in, or it would be spreading like wildfire without the assistance of media articles.

The tool should be able to measure the success of itself, becoming its own best case-study. One of my bosses, Mike Dobbs, actually had this insight and started a document that does this very thing. I’ll be taking it over from him, because he’ll be on paternity leave for 2 weeks starting tomorrow (congratulations, Mike!). But that will force me into the proper mode of thinking to make this thing successful by using it as the primary tool for making this thing successful. Very meta.

But is this sort of snowball effect really my priority right now? And if not, what is? Stability. Security. The systematic rolling-out of new videos and new features designed to surprise and delight the early adopter user-base. Satisfying the needs of the internal audience who are still using features not made available to the public. Managing the split behavior without splitting the code-base. A series of little touches to perfect its current incarnation.

All these things, I need to do with a measure 3 times, cut once attitude. My revision control system makes it very nice and easy to work on, test, roll-out, and undo changes. But once I push the change up to the repository, it’s automatically pulled down every hour by every server on the load-balancer. That’s how I easily propagate changes out to every server. So, the rule is tiny, tested changes. Nothing architectural or sweeping. Just little touch-ups.

The model is very simple. The project is still quite small. I will have to rethink it if a lot of developers jump on the bandwagon here at 360i, something I could only hope for. At that time, I’ll have a production repository that only I can push to, and a developer repository which anyone with login credentials can push up to. I will review the changes and selectively release them into the production environment.

But that’s the technical stuff. What about the messaging? What about the user-base? The early adopters and the growing tribe. There’s hardly any tribe at all right now, and hardly anywhere for them to rally around. I’m making the strategic decision to NOT have a forum on the tiger.360i.com site, but instead drive the discussion into the video tutorials. Perhaps I need to make that clearer. Everything I do has to drive people into the tutorial video pages, and I actually need to get enough of them out there to serve as a diverse enough set of topic seeds.

I always need to be working on the next script, and actually get it done. When I bear down on the job, I actually can crank out a new script and video, and they actually go over very well. Case in point, I had a Management Meeting today, and had a chance to show the first tutorial video to a very senior audience at 360i, and it went very well—getting laughs and everything. Several people walked up to tell me that they enjoyed the demo, which I basically did cold, with no preparation.

But that’s a large part of the point of 360iTiger—spontaneous authority and expertise, without leaning on the crutch of yet anohter PowerPoint. All PowerPoint proves is that you don’t know your stuff well enough to speak off the cuff or personally engage your audience. 360iTiger is all about ad hoc investigations, and immersing yourself in that magical moment of discovery about your website. It’s quick-dives and fast findings. It’s the roller-coaster ride of analytics. It’s a great workshop environment, and a teach-you-to-fish tool. 360iTiger is just fun.

A couple of people said during the Mgmt meeting that I make it look so easy in the videos, and our PR person Amanda spoke up to say, yeah, it really is—she tried it out, and couldn’t believe it was working for her. If you can pin things in Pinterest, you can crawl a website, and get your social media counters.

There’s also the fun little fact that tutorial #1 jumped right into the controversial realm of the use of unofficial API’s in order to step into where the public mindset is—Pinterest, of course. I think we are going to get a lot of mileage out of that, and it is worth doing. The best way to get a message out is to align it to something similar that people WANT to talk about anyway. Get into the path of the tornado.