Update: Mr Sucro just passed away, Sunday August 10. He touched many lives by taking those important tiny moments on his route to share with the kids. Mr. Sucro, you will be remembered.

I can take my index-finger off. Mr. Sucro my mailman growing up taught me how to do it, on my little suburban street in a neighborhood he too lived in. I went to school with his son, Ricky and his older daughter. Once every couple of weeks I’d see Mr. Sucro’s truck drive up. He would give me the mail, take off his finger, and show me how it’s done. 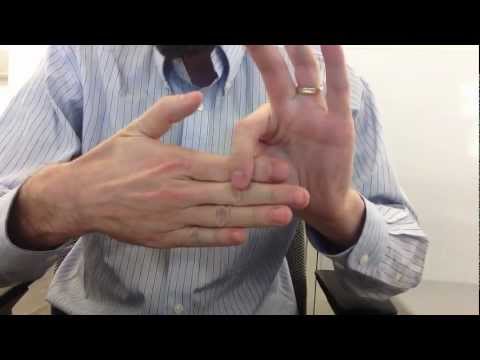 He’d show me precisely how to position my fingers, what parts of the technique are very important: don’t lift too far! Keep your other fingers locked straight! This finger-trick has become a running theme in my life, and Adi my 2 year-old now finally appreciates the trick, demanding that I show her again and again, piecing together that it’s a trick, but full of wonder, and that devilish look of knowing she just got secret insider knowledge. Apparently, that’s a feeling not outside a 2 year-old’s range. My heart soars at that look.

Aside from my daughter, I must have shown and revealed this trick to dozens of kids over the years. The basics of understanding it is not that hard, but to convincingly master it takes forever—especially for a kid. But none-the-less, even if its a one-time event with some kid at a wedding or such, I will both show the trick with the perfect illusion of finger-removal, then after the prerequisite amount of badgering and telling Mom and Dad what they saw, I will reveal the trick to try and instill maximum comprehension and retention. Thanks to Mr. Sucro, I know just how to do that too.

You take your right hand. You lock three fingers—your pinky, ring and middle finger—straight. You then bend your index finger all the way over, making a platform to rest the lower segment of your bent left thumb on top of. It should already be looking a tiny bit like one finger. Now put the tip of your index finger from your left hand over the seam to make the index finger on your right hand and thumb on your left look like one continuous finger. Watch the angles! Lock every finger straight to look as close to natural as it can. Now lift. Straight up in line with your locked fingers. No further than an inch! Any more, and the illusion is ruined! Lift, return, lift, return. Just the right number of times so they haven’t yet put together what’s going on. Then stop!

After that, you lift your left hand with the bent thumb away, literally springing your right index finger up so fast to fill the void that your audience can’t tell even when they’re looking straight at it. Finger restored! Now, extend index finger for inspection. Some portion of your audience will be sure they’re going to find a prosthetic finger there, I kid you not. The trick is that good.

You can’t do this in the first try. Your hands don’t naturally go that way. And even when they do, it’s tough to lock your fingers just so. It’s tough to resist lifting too far. It’s tough to look relaxed doing it. It’s tough to watch the angles so the audience sees exactly what you want to see, but no more. It must have taken years before I was as good at it as Mr. Sucro, but I vividly remember him twisting his hands around to reveal the mechanics of the trick.

It was astounding. It wired parts of my brain never before wired. It taught me misdirection. It taught me muscle memory. It taught me practice and reward. It introduced me to the delights of secret knowledge and the kick of befuddling others. Not being athletic and being kind of scrawny, this may have been the first thing I could do that no one else I knew could do—even when being showed exactly how it worked. I think it did a lot to build my self-esteem. Through life, I never really knew if he picked me for the trick, or he showed everybody. Later, I found out.

Out of the blue back in 2008, Stacy, Mr. Sucro’s daughter who I never really knew, reached out to me on Facebook saying her up-in-years father asked about me wondering if I remembered. Apparently, I drove up to him as an adult at some point during the years and proudly showed him that I mastered the trick, which apparently in-turn made an impression on him. I vaguely remember spotting him mowing his lawn during a nostalgic drive through of the old neighborhood (this could be 20+ years ago). Stacy prefaced the message by saying she hopes I don’t think she’s crazy, but she took it upon herself to find me and ask if I still remember her dad and the trick. It turns out her little boy turned 3 and loves grandpa’s finger trick, which prompted Mr. Sucro to tell Stacy about me, and wondered whatever happened. I told her I not just remembered, but that he had a huge impact on my life. I imagine he was delighted to hear.

I must have been about six when this, my first case of mentoring, occurred from the unlikely source of a friend’s father and my mailman. Upon writing this up, I contacted Stacy back and learned that Mr. Sucro now has Diffuse Lewy Body Dementia, which is a mix of symptoms of both Altzeimers and Parkinsons (just the symptoms, not the disease), then followed up with “But no matter how much he has memory issues he ALWAYS remembers you.” Wow.

Stacy moved from her home in Florida to come back to the old neighborhood and be his care-giver. I feel for her, having not had the strength for such a situation myself.

This is one of my stories. I hardly even realize I have them, they’ve been with me so long. This is one of the first ones I wanted to write down. My mailmain was my first mentor, and now I always have a magic trick on me—and a pretty good one! Facebook ensured the 35 year-old connections got renewed. And now Google will ensure the story is added to the great tapestry that is the net whenever anyone searches on removable finger magic trick or first mentor. Yep, that happens. The trick is a great icebreaker at parties. No one is ever too old to enjoy or be amazed by it, although they might pretend to be. I recommend it for anyone, and particularly for those young kids in their formative years piecing together life’s lessons. There’s a lot of them hidden in that trick.

Thanks, Mr. Sucro. I will ALWAYS remember you too, and be happy knowing that your trick and the story behind it is being transferred through the generations through my Adi as well as your grandson.