But Should We Still Blog? Should It All Just Fade Away?

Thinking through the secnav-ish items on each topnav page. I’m thinking that for each Linux, Python, vim and git, I could categorize like this:

I can always recategorize freely because there are no subtopic hub pages off these main topnav pages. The few top-navigational hub pages are the only hub pages. There will be no spokes. Or if the homepage is the hub, then the only spokes are those that appear in the site’s cross-cutting navigation. This keeps potential signal-targets low and focus and concentration high. It’s the opposite of dilution we’re looking for here. Ugh, I don’t like the undertones there. Hopefully, this phase will pass. Google’s AI systems will be about as good at identifying quality as ChatGPT is at speaking with a unique, distinctive voice of its own. That is, not very.

It’s pretty clear that Google wants polished-turds as content, supplemented with click-baity headlines and catchy thumbnails, per their “helpful content” update and what you can see promoted so assertively in Google Discover. Artificial manipulation of the system will be suppressed per their “SpamBrain” update, and so to kick-off the discovery process of Google Discover, your polished turds must be linked to by genuine news sources which are the “made sites” of yesteryear. Incumbents open the door to new content by featuring them in trusted feeds to “be discovered”, but not through happenstance links found throughout the Web, as was the system under the Crawl/Index PageRank system of yesteryear. Google’s old methods are gradually being phased out, replaced by the new A.I.-driven processes.

Switching from long tail SEO to best foot forward (BFF) SEO is not easy for me. I’ve become an expert over the years on how to obfuscate doorway page generators. That’s an unkind way of saying pandering to your audience in ways that you know will be rewarded because search engines are just not that smart yet. It was a deliciously easy process and very morally defensible because you are generally writing exactly what you know your audience wants to hear about. It’s just that you know it will add an incremental small bit of traffic to the bottom line which will add up with a rinse, lather, repeat publishing cadence. I made a Web 2.0-era site based on that called HitTail, which had a 16 year run. The current owners recently retired the site, symbolically representing the death of long-tail site optimization.

Search engines have gotten smarter. They’re not geniuses yet, but they are pretty darn smart. Tricking the engines, even with a morally justifiable technique, is becoming harder and harder. So where is all the traffic going if not to the great unwashed masses of obscure pages that happen to match your search query better than anything else on the Web? Well to fewer pages distributed over fewer publishers, of course. It doesn’t much to realize that the zero-sum game of divvying out the attention of each day’s answer-seekers is lumped-up around fewer pages deemed Expert, Authoritative and Trustworthy. In fact Google coined a term for for these difficult to quantify attributes called E-A-T, and it’s nothing like title-length or keyword density. It might have a little to do still with PageRank, but instead of links as the main signal, it uses a preponderance of other signals, letting deep learning AI techniques sort it all out.

So is this the end of blogging, the ultimate long tail technique? Is it the end of long-form content on new URLs? Well no because folks like me have so much to say and where else are you going to put it? Pander to Google’s evolving intelligence but don’t pander so much that you give up all that is good and eternal about blogging. Just think about site architecture and pages that are even more eternal, or evergreen if you will, than any particular blog post. It all comes down to extremely long-lived Topic, Category or Hub pages, doesn’t it? Yes. Yes, it does.

Sigh, alright. Site-sculpting it is. We have to create appealing eternal topic pages with just the right amount of granularity that they don’t become passé and yesterdays news over time. Create all the right subtopics of your site whose keywords will continue to be used in search maybe forever forward, but don’t be so broad as to not be able to compete against the incumbents. There’s undeveloped real estate still here. There’s a sweet spot where you can still break in and displace todays incumbents over time by working your way up to being even more Expert, Authoritative and Trustworthy than the incumbents y accumulating a preponderance of impossible to ignore signals over time through multiple channels which Google can analyze.

So are we scrapping and rebuilding our sites? No, though there will be a serious phase of decrufting. If it’s not helpful to your users then it’s harmful to your overall site and SERP standings on all topics addressed my your site. Google has transformed all that doorway page content which we all generated under the auspices of blogging and long-tail optimization into a ball and chain dragging you under. However, if you’re generating your content as a result of sharing your daily steam of consciousness, should you be punished? The same goes for content on YouTube. The old rules of more-is-better may have been totally reversed, creating a dampening effect stopping any of your new content from ever achieving escape velocity under today’s algorithms. You can see this in the analytics trends and the beginning of a break-out followed by the big-old smackdown.

So if you’re not an incumbent, you’re dead? If you’re not a “made man” you’re on the outside? It’s funny that performing a hit is one of the biggest parts of becoming a wise guy because it both takes out a competitor and elevates yourself. Shutout momentum. Game theory that favors the well-resourced old-timers still willing to whack up and comers. Okay fine, so be it. So how do we little folks and tinkerers in Web publishing compete? It’s worth noting I am an expert advisor to some of these old-timey publishers whose mission now is just to adapt to not be knocked off (rather than breaking in). But that’s if less interest to me than breaking in. I think I want to break in for myself as a retirement gig.

My plan is to lean in hard on both sites of the equation. I will indeed decruft my site. This is indeed a bitter pill to swallow because I have gone to great lengths to preserve some of my pretty ancient content over various migrations, most recently off of WordPress and onto the markdown and the Jekyll static site generator of GitHub Pages. This is much better for my as a vim user as I can use my preferred method of manipulating text to manage an entire site. But alas, this becomes part of the history of my site’s git repo. That is to say, 100% retrievable and recoverable, but also more than just de-linked from published locations. After my decrufting, old content will be unpublished and simply lurking as fodder for potential future content. Many once-performing long-tail URL will simply vanish in a poof with no redirect. No 301 permanent redirect because these pages ceased to produce even the trickle of long-tail traffic months ago.

In short, I just can’t shut up. And the things I just can’t sit up about recently will continue to be published in a blog-like long tail style.

There are rules in life. Rarely are they absolute, because things changes. We may not hope for such change, but we should expect it. Everything comes from the first mere wisps of a beginning. But once something takes root, there are many routes to fruitful completion, however path curating must be performed to keep tweaking circumstances towards your vision or intent. If you have no

Both truth and shit float. So if you want to be heard, you have to talk either truth or shit. The arbiter of truth is generally but not in all cases, science. Those who do not think so do not want objective measures, insofar as the scientific method is designed to lead to objectivity. So for all things that can be observed and interacted with directly, science rules. But for those things that elude, perhaps spiritual, or perhaps on time and space size-scales that we have not yet figured how to interact with yet. Some things are un-observable merely due to limitations of our senses and instruments.

Okay, so we’re starting with the premise that it’s still okay to blog. You can still produce a few new URLs per day if what you have to pontificate about warrants it. Even if it’s just processing your thoughts in such a way that you can demonstrate that you can produce content as you go is fine. It’s especially fine if that’s shaping up to be your “schtick” or the thing that you’re known for. The rules are in flux, so let’s choose the rules you wish to abide by best and most through habit and love, and get those aligned to the current realities from Google the best we can. Yeah, that’s it. We’re adjusting the observable.

My field of “Search Engine Optimization”, which I clearly remember the rise of circa 1996 through 99 when I was a participant and moderator at JimWorld’s VirtualPromote family of sites, namely searchengineforums.com. AltaVista ruled and kept top-billing at SEF as we called it long after Google was the obvious new king. In those days we debated whether we were really optimizing search engines or not. In the end, the term had picked up so much momentum that it was unstoppable, no matter the arguments or discussions. SEO it was, and I did my first XSL-transform slice & dice system, witnessing how easy search was to influence if you had the technical abilities to line up crosshairs just so.

Today, we are still SEOs. The rules are in flux. For many years, long-tail publishing was a sure way in at the fringes. Gains were small but reliable. Today, all those one-off URLs filter out. They are shifting to becoming more of a liability to maintain than an asset. If old knowledge isn’t “pinned-up” somehow, it fades away. It is part of the nature of information to have to reassert itself somehow in order to continue to exist. It has to either seize our minds, our production tools, or the algorithms of our search engines. The job of the SEO today is to pin-up the best while letting old, expiring assets fade away.

Every single project that I do has some interesting component to it. I can see how tagging blog posts as I go could really fill-out my site. 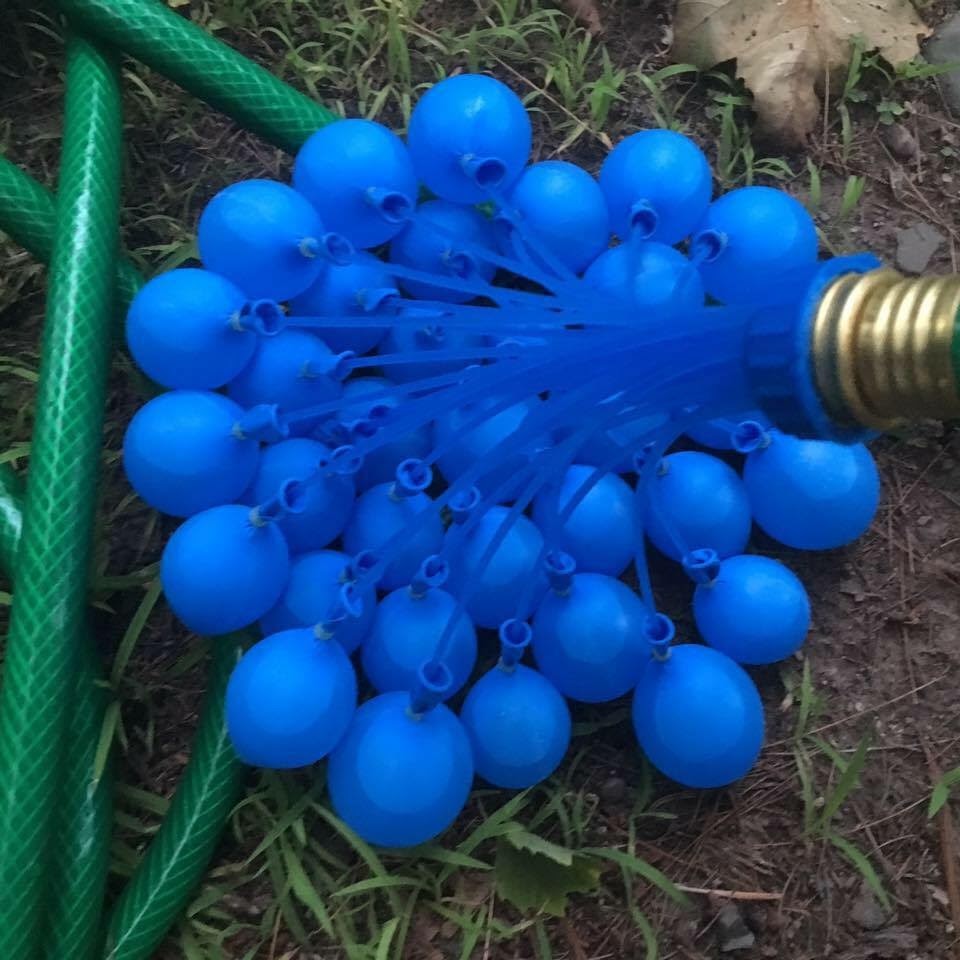