On Being Unstoppable, APIs & LXD / LXD Under WSL2 (Success!)

APIs, and not giving up when learning them!

Start out with another reading of my morning thoughts.

Don’t let anyone or anything stop you. The world and many of its players don’t want you advancing in levels. It lessens themselves in their own mind. They think in terms of scarcity and zero-sum games. A zero-sum game is where a fixed amount of rewards are divvied out to winners and losers at the end.

Whether or not existence is a game of zero-sums is a function of whether life itself can overcome entropy and infuse more matter-organizing information into existence than loss through the 2nd “scrambling” law of thermodynamics. Not all heat (information) can be converted into work (organized matter). Who knows? Maybe it can. We are each Maxwell’s Demon.

This is why I’m guiding you towards Linux Daemons. It gives us a path towards actually becoming Maxwell’s Demon, who by entropy-defeating thought experiments, can un-stir the milk from coffee or un-smash a glass. All you need is a guiding-hand on the application program interface (API) of reality.

The problem is that sentient thought takes energy as does opening and closing a door. Nothing’s free in this world—but maybe the fruits of your creative thoughts are… ever so marginally… free! It’s the one place where the laws of thermodynamics are seriously challenged, and the whole purpose of life might thus be to make it collective significant enough to overcome the inevitable heat death of the universe.

So back to not letting anyone or anything stop you. Through no fault of their own, it’s just the way the existence is rigged, there is more random scrambling chaotic energy that decreases order and undermines your will than there is copacetic order-nurturing energy that increases the entropy of a system. Things go to hell more naturally than to heaven—and only all the more so if someone views you as their “opponent”.

Therefore, the number one priority is to protect the quality of the information coming into your system. Lies are profoundly damaging, and like Sherlock Holmes in his bloodhound “mode” often referred to my his account documenter, Dr. Watson, you must always be tuned into the “scent” of truth. Truth has a smell. If something doesn’t smell right, whatever appears to be going on may be a lie no matter what you’re told.

Like Holmes, stay relentlessly in the trail and do the right thing. Document everything and explore many avenues. Don’t close your mind to any possibilities. When anger rears it’s ugly head against you, you know you’re onto something. Somebody who thinks they’re in a zero-sum game is jealously protecting the truth. The less secure the truth-hider, the more intense the emotional energies you will find rallied against you.

This is when you can expect to be attacked and beyond channeling just the unstoppable Sherlock Holmes, you must also now channel the unstoppable Juggernaut—Professor X’s more physically endowed brother from the Marvel Universe who could give the Incredible Hulk a run for the money. The Juggernaut as his name implies is physically unstoppable. He’d pass through a planet if one got in his way. The intellectual unstoppabilty of Holmes must be backed up by the physical unstoppability of The Juggernaut. Eat well. Get enough sleep. Keep yourself hydrated.

Now comes a point about subtly. It’s a subtle point and is maybe implied by the Holmes paragraph. But more to the ping it’s about application program interfaces, or APIs. In one of the most delightfully ironic and meta lessons of literature, you have to get to the actual 14th and last book of Oz (by Baum) to learn the most important lesson of all about unstoppability. It’s not merely intelligence and strength. There’s a bit of faith.

In the book Glinda of Oz, Dorothy needs to penetrate into the world of the Flatheads and Skeezers in the last unexplored lands of the Quadlings to help stop a war. Dorothy is blocked at the entrance by an invisible wall. There seems to be no way through or around it, but it turns out after a full day’s walk (if I remember correctly) the wall ends and you can walk right around it. Thus Dorothy and her companions gain entrance to the land of the Flatheads and Skeezers.

Finding such a solution to a problem is not easy and you must have both guessed the wall must end in a way that doesn’t seal it off and that you will eventually reach it if you just invest the time and energy to try. That’s the faith. You have to have enough faith to try. But you must also have enough wisdom to know when to give up.

You may fail and the whole day’s journey may be for naught. Either the invisible wall ends and you can go around it, or it doesn’t and you can’t. You functionally know one way or the other. If Dorothy was traveling for days to get around the wall then it’s as well as sealed because they would be too late to stop the war—and it is functionally endless in which case Dorothy must back off and retry. So you must know how much time you’re willing to invest in exploring a solution and eliminating possibilities. But the invisible wall wasn’t endless or sealed off and Dorothy got around it.

This is where I’m currently at with LXD on WSL2, and in other analogous situations in life. Invisible walls have been constructed. It’s easy to give up. Life and very existence conspires to encourage your giving up. Signals are emitted at you telling you that you have no other choice than to give up. This tells you that you’re onto something and the truth is right around the corner, if you just keep at it like Sherlock Holmes, the Juggernaut, and Dorothy and her companions.

Tell the nice people about the time-line of Unix, which is like it’s invisible wall, and how by 2030 they’ll get over it.

Over the next 10 years, Windows is going away. You’ll be on Linux, like it or not and know it or not. “Windows” becomes to Microsoft what “Cocoa” is to Mac.

In other words, it doesn’t matter if it’s Windows, Unix or Linux underneath as far as the graphical desktop is concerned. Mac users hardly felt the shift to Unix in 2007 when OS9 became OSX. Same with Windows.

Get your butts on WSL2 today. You need to learn Linux Terminal. It’s the new just plain “Terminal”. It already is on Mac (Unix) and will be on Windows by

Get LXD working. It is working… figure out the API. Go around the invisible wall.

Unix/Linux Terminal Is About Literacy

This is about Literacy… some might say Technology Literacy, but I say just plain literacy. Reading, writing & aRithmetic, the 3 R’s (history, etc.). But computer? Tech? nix? literacy is just literacy. It’s like one of the 3R’s. That’s cause Unix/Linux won. By 2030, you’ll all know and accept it and it won’t even be an issue. It’ll be like it was always that way.

You get advantages in life by switching now, because even though Windows will be Linux-based by 2030, it’s still all about dependencies on proprietary GUI (graphical user interfaces) even if the underlying stuff is now generic tech.

If you know the generic tech, you’re more powerful than those who rely on the often-disrupted (force upgrades, etc.) GUI tools.

We talked about the Yin/Yang “energies” or “vibes” 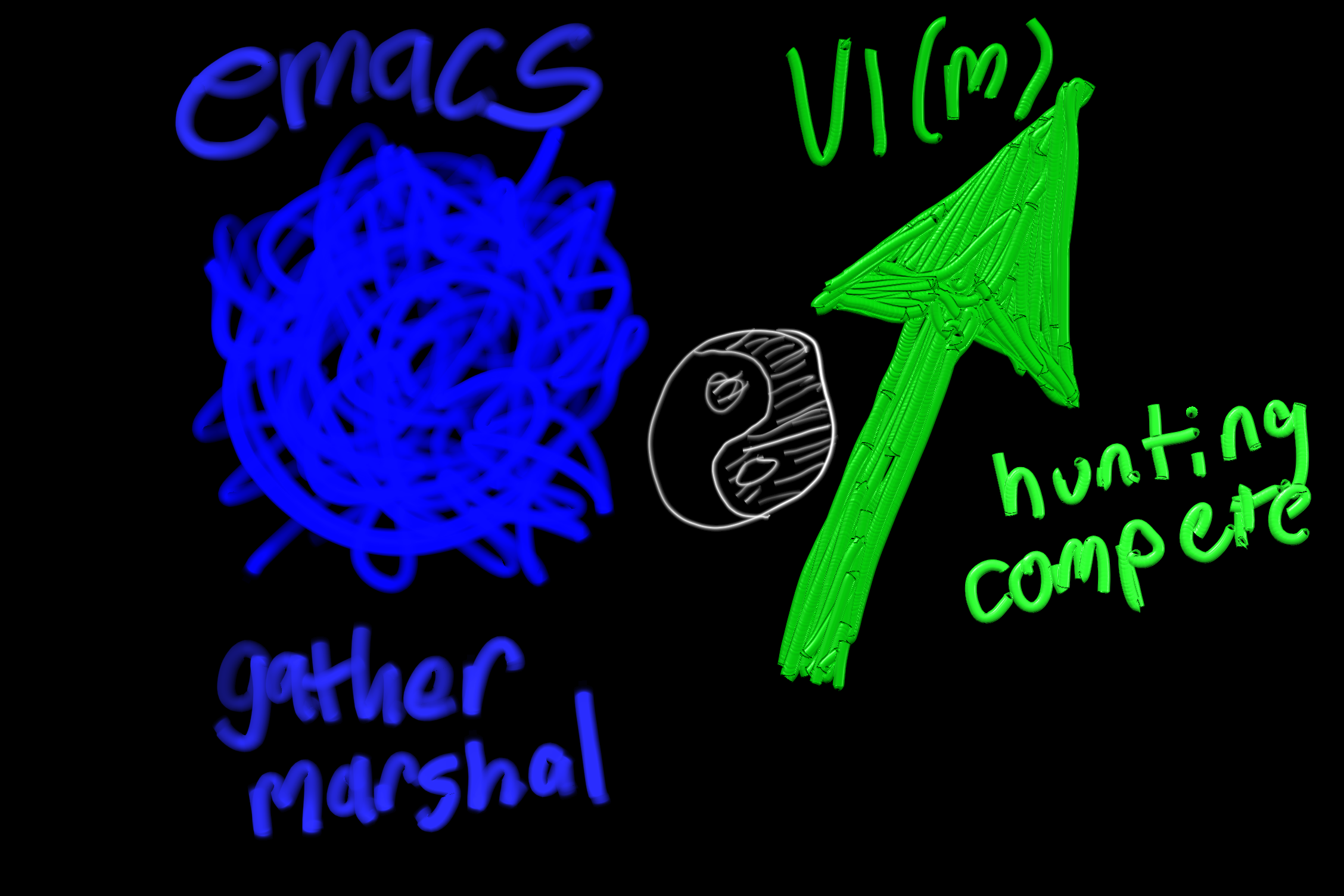 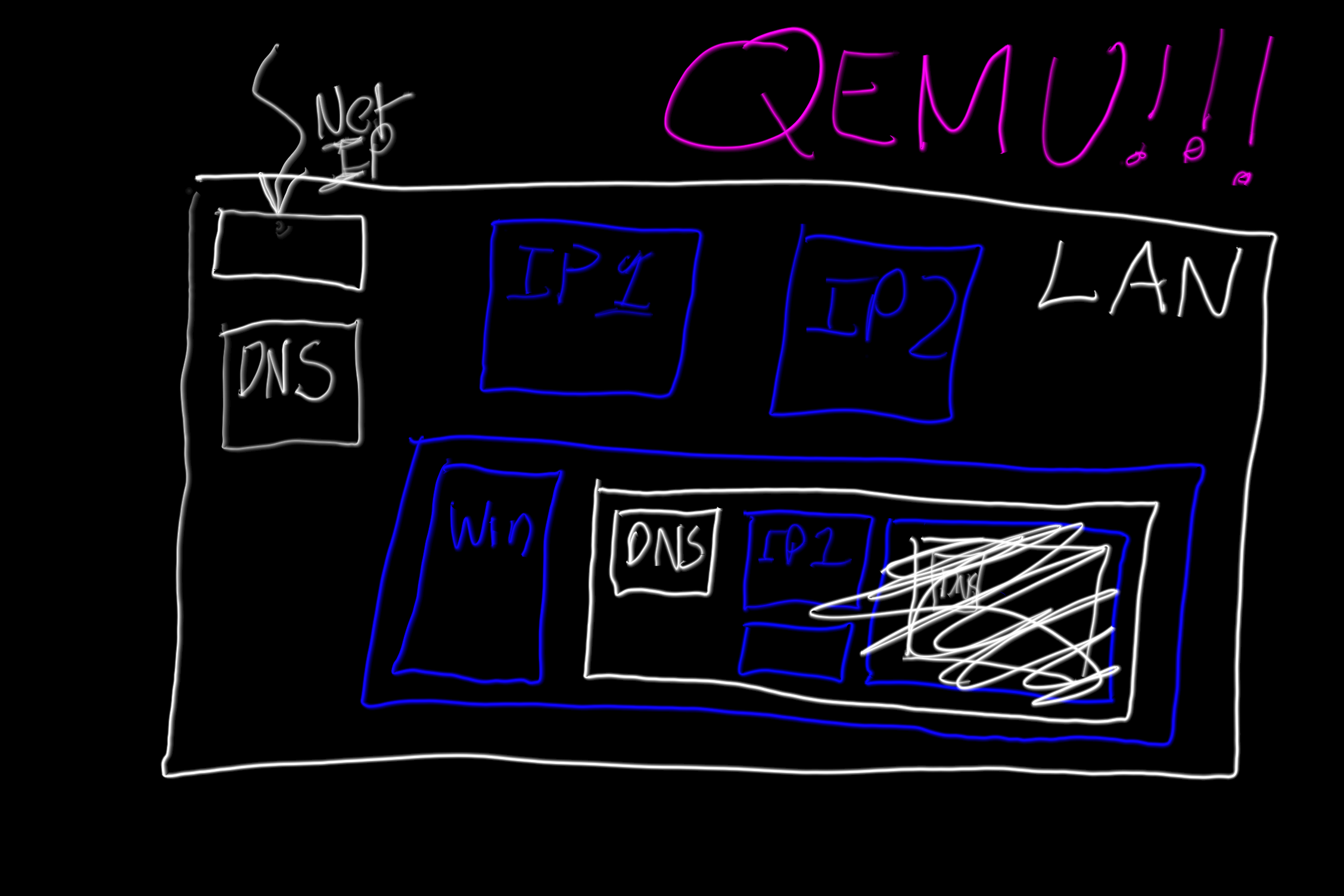 We talked about how Unix won & the *nix footprint 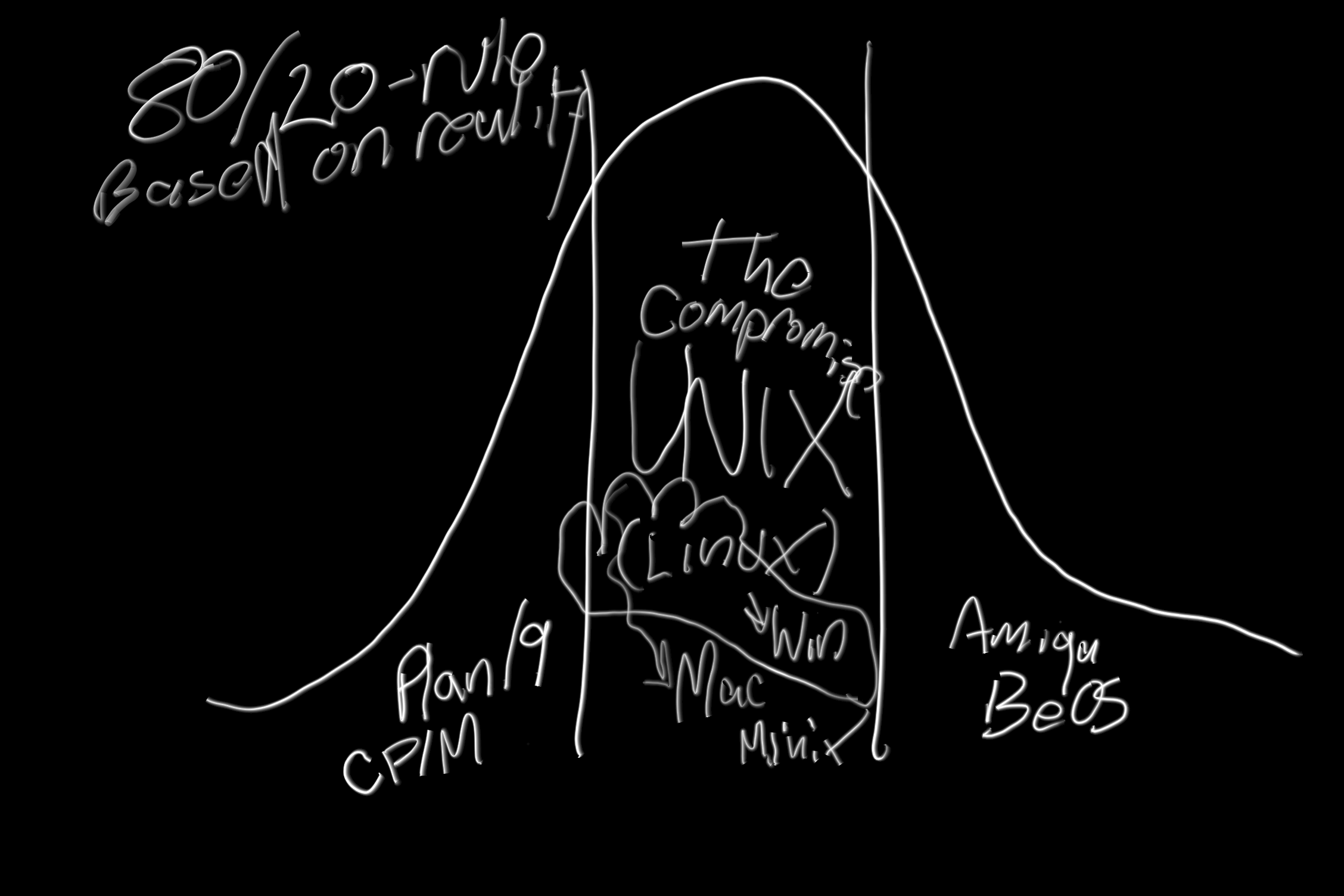 We talked about lesser vim wizards vs. greater emacs wizards 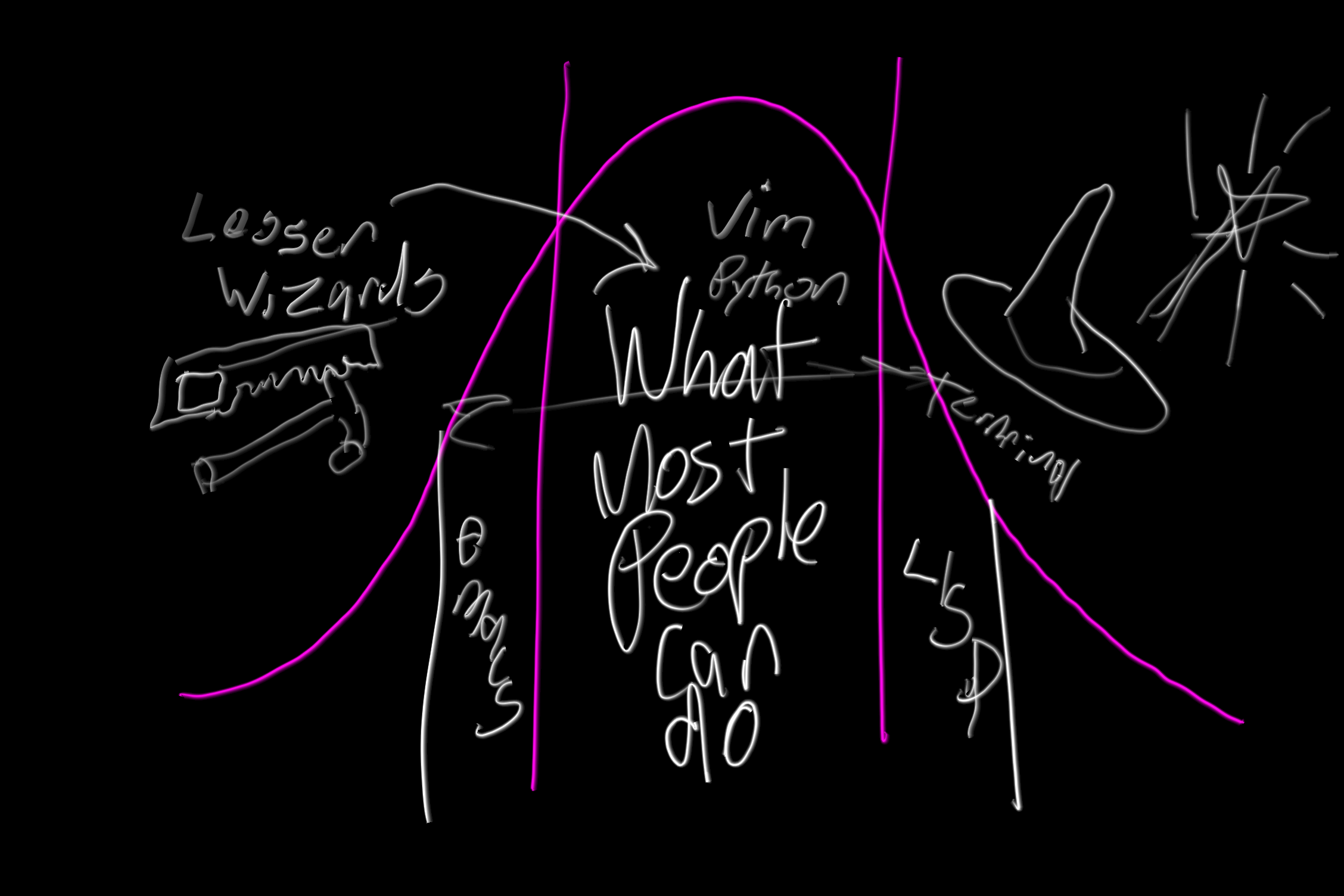 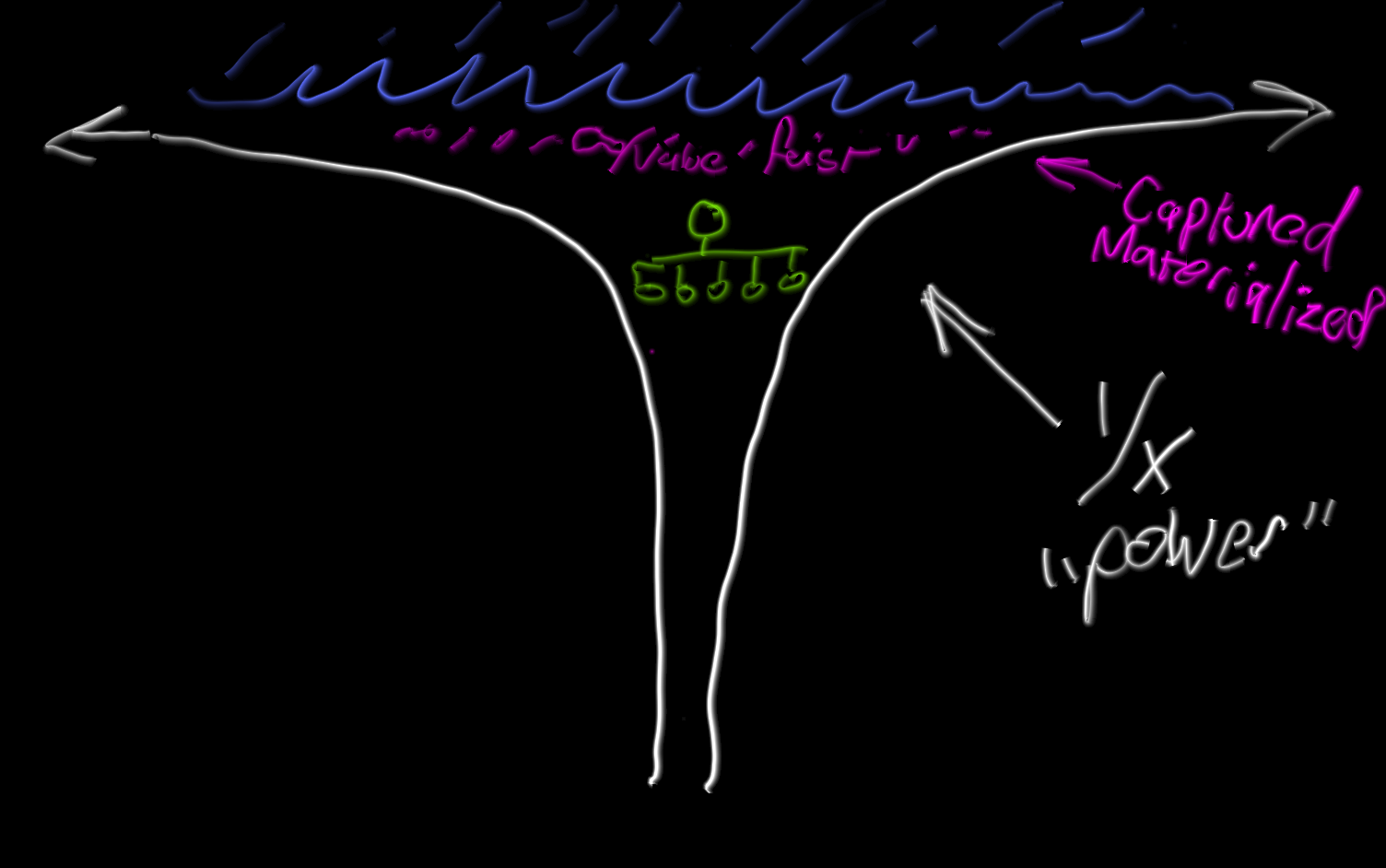 ← Qnap Container Station Lxc End Of Support Notification, Move To Lxd
Get LXD Running Under WSL2 on Windows 11 with Ubuntu 18.04 →