Movie Night: From Mean Girls to Heathers and Beyond!

Last night was Movie Night with The Kid. The Kid is 11 years old, rapidly approaching twelve. Movie nights of recent past have included movies of their choosing, mostly Anime involving cats. Prior to that, I made sure I got in ET and Back to The Future. Some movies are just too important to see in order to understand ol’ Dad, and I’d argue life in general, though as Lex Luthor says in the Christopher Reeve Superman:

Some people can read War and Peace and come away thinking it’s a simple
adventure story. Others can read the ingredients on a chewing gum wrapper
and unlock the secrets of the universe.

Yeah, the 1978 Superman is surely going on that list, as is the 1979 original Muppet Movie that came out close on its heals. My 8 & 9 year-old years were quite formative in my life with the type of suburban summer-camp my parents were able to provide me, but which I was not able to provide my own child through those years due to living in New York City and the divorce. Sighhhh. Well, Christopher. Thank you for touching me and my life. Now you will touch my child’s. One never need lose their backbone, even if you are a stranger in a strange land, and no matter what unfair knocks life deals you. 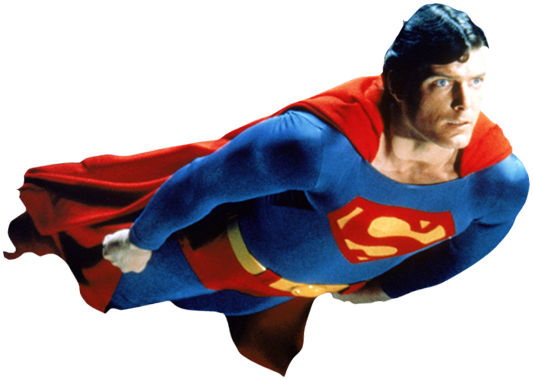 Making good begins with Movie Night. As a result of a very strange request to watch The Godfather given the non-stop references to it that exist in pop culture. I totally jumped at the chance. I checked with the The Kid’s mother who was OK. So I made The Kid an offer they couldn’t refuse: I’d sit and watch the movie with them all the way through, and if it got too much for them, we could stop it at any time. No strings attached. I wouldn’t be asking for any favors. It was a completely unconditional offer. Theory being that I’d lay down some contrast between myself and the characters they’re about to encounter… check!

A Tale of Three Court-Holders

Adi needed to see the court-holding personality types like Don Corleone, Lex Luthor and my Uncle Bob doing their ring-kissing thing. Favors for favors. Court-holding. By contrast, there are no conditions or strings attached when it comes to your good ‘ol dad, except where I can’t help it due to financial constraints or responsible parenting (which is a problem when it comes to getting them to clean their room). Oooh, ooh! Karate Kid… go add that to the list!

So The Kid made it up to the horse-head in the bed scene and sort of tuned out. Good. They don’t need the whole epic and sad story of Michael Corleone… yet. Suffice for them to be in a position to compare & contrast the Michael Corleone they just met with the Mike Levin they’ve known for a lifetime. Just when I thought I was out, they pull me back in!

Carrie On There’s Nothing To See Here

We don’t need no stinkin’ endings. Anyhoo, last night was Mean Girls. Important lessons? Soft blue Yin personalities covet and can easily get sucked into hard Yang (high school) cliques. Ugh! Ouch. Moaaaaan. My high school bully stories, while not as bad as Stephen King’s Carrie, did end in a couple of deaths. Frank Sessa who tagged me with the nickname “AIDS victim” drove me out of my middle school lunch-table and taught me who my friends were, which were very much not the people of my Synagogue culture. He fell down some steps and died. No connection.

Happily, and happily right up to this day, I found true friendship in a true Israeli who toughened me up and taught me to laugh, Guy Bruchstein. Thank you, Guy! And thank you Howard Gorchov as well. I missed Howard at the 30-year high school reunion (he moved to New York too), but I caught up with Guy and we laughed at Jordan Robinson and Ira… something-or-ohter… both sipping wine and obviously looking down at everyone, judging. But then so was I (projection, much haha!). Oh and that Kevin-what’s-his-face is still a bombastic showboating clown. I never held it against him, but I love hearing Guy point it out. He says what he thinks. Guy Bruchstein has been my Guy Gardner.

But I digress. The lesson of Mean Girls is resoundingly that:

From Movie Night to Stories Around Campfire Night

There’s so many other good things to say about Mean Girls, I neither know where to begin nor care to do so. Let’s move on. Besides movies, there’s other critical media of the reading-variety I’d love Adi to wrap their mind around. I think they need to read, or at least hear the Audible performances of:

I’m sure there’s others, but these are the three that pop right to mind. My Alice/Dorothy/Harry Potter coming-of-age stories are something of an obsession, as I feel I never quite got over that phase of growth in myself. In fact the fact I’d even think to state it that way is a problem in our society. One should never “get over” coming of age stories. One should always and forever remain a dynamic personality. And so:

Again, I could probably go listing movies for movie-night forever. Suffice to say, these get across the next deep learnings The Kid must internalize. Jumanji shows how people get trapped in their own minds (or games, fantasies, youtubes, etc.) and become at risk of becoming adult-children, stuck frozen in time and never growing and enjoying the benefits of adulthood—namely, freedom from anxiety by virtue of knowing better.

Getting frozen in a dissociative child-like state is I believe the source of crippling modern anxiety. If you can’t grow up, this disabled adult-children learn how to manipulate the other, more capable adults around them just like a crybaby having all your needs fulfilled by having it brought to you. This is what the online community of narcissists mean when they talk about narcissistic supply. It’s a baby-wants-their-bottle sort of thing. Or more accurately:

Otherwise, you’ll just leach off of other people your entire life, learn to project an image of dignity, but really have imposter syndrome all your life, hollow inside, and ready collapse under any sort of challenge&#nbsp;but not until after threatening to rain hellfire from the sky in empty gestures of “Karen” posturing.

My child needs to have their eyes opened to people choosing to live this way and to be better than doing that for themselves. Getting trapped in your games of your own mind (Jumanji) without a certain outward-looking mindfulness and awareness of the objective world and how to make it on your own without relying on a surrogate parent to bottle-feed you, or else BAM, you perish… uh, I mean you’re Alan Parrish.

Happily, Alan Parrish in the end turned out to be a dynamic personality and escaped the feedback-loophole of his own mind. All’s well that ends well… another important Movie Night lesson.

Thank you, and R.I.P, Robin Williams. I love you. You’re definitely on a lot of Movie Night choices.

Thank You EVERYONE Involved in 1978 Superman! Thank You!

Regarding Superman, I’ll stick to my guns. Too many reasons this is a must-see to enumerate, suffice to say: Otisburgh (which I incorrectly called Otisville in prior videos). Global warming, second chances, true importance, deep channeling and parallels in the life of the actors… I’m choking up just thinking about it. Excuse me while I go blow my nose.

Know But Beware The Dark Recesses Of The Mind

And finally, Heathers. My kid took an immediate liking to Edgar Alan Poe. Good Philadelphian, Adi. I’m proud of you. And I’m extra proud that you can recite the first verse of The Raven. And yes, people were a lot harder to scare back then. But if you want a modern Telltale Heart, you can’t do much better than Heathers, especially as a follow-on to Mean Girls. Oh, this is going to be powerful. And I get the extra bonus of the highlighting of passages of Moby-Dick, which I strongly feel I will transition to in dramatic readings around the final campfires here in the Pocono mountains this June last month of our experience here as a character straight out of such stories yanks us back to where the air in stinky and the expenses are crippling.

Think deeply, My Child. Think deeply. Yes, while this is framing—it is framing such that you think for yourself with the aid of writers and authors and master storytellers (I will not stop using the word “master”). It is the role of your father, of Good Ol’ Dad, to rough-house with your mind right along with your body to inoculate you against the frail fragility of bitter brittle prattling prima donnas of the world. They will empower your pathology. They do not want you to be well. There is nothing I can say or do that will teach you this better than the story-telling masters can.

I will instill in you a love of reading. Terrible labels! Just that phrase has the opposite effect of closing avenues of the mind, clamping shut the open-mindedness of a child with the tedium of chores and lessons. Ugh! The tyranny of language! Math… that’s another. Math lessons are the same in any country… is that not powerful Channeling of the True Spirit of Math by Cady Heron of Mean Girls? Cady, pronounced Katie and not Catty… get it, kid? Get it? Katie becomes Catty to content with Regina who’s a catty predator!

Well, if you liked Mean Girls, you’re gonna love Heathers. It goes dark in just the way you like to see, channeling the spirit of Edgar Alan Poe. It will call out to your inner Philadelphian. Think in extremes, but act in moderation. Just because your mind can go there doesn’t mean your body has to. But media lets your mind go there. Entertain the fantasy, but maintain a sharp line of demarcation. Learn from the fantasy. Be able to weight the consequences of making the worst decisions possible in life without having to suffer those consequences except in the freedom and imagination of your mind.

Compassion is a survival trait. Anxiety, and teenage “angst” by extension, is an out-of-whack survival trait. The need for empathy and compassion persists. The need to strike out with deadly force over minor altercations and dark fanciful whims does not. The Telltale Heart will do you in. You can’t suppress your more noble inner human. And I’ll stop there because I may be remembering Heathers totally wrong.

Stone walls doe not a prison make,
Nor iron bars a cage;
Mindes innocent and quiet take
That for an hermitage;
If I have freedome in my love,
And in my soule am free,
Angels alone that sore above
Enjoy such liberty.